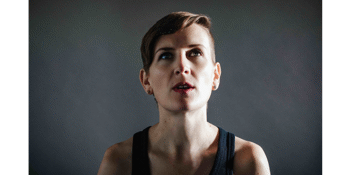 Theatre Royal, Castlemaine (Castlemaine, VIC)
Saturday, 27 March 2021 8:00 pm
67 days away
18 Plus
Music
Send this event to
Beloved Australian singer, songwriter and guitarist Mia Dyson has announced a special upcoming release to coincide with the 15-year anniversary of her highly acclaimed album Parking Lots. Set to be released Friday 4 December, the Parking Lots (Revisited) EP will feature five completely reimagined tracks from the album, stripped to their core and dressed again, with new arrangements, special guest appearances and additional nuances, all reapproached through Dyson’s highly considered idiosyncratic lens. To celebrate the occasion, Mia has reissued the original album with a limited run of white vinyl and has announced a 2021 east coast headline tour that will see her perform all 11 tracks off Parking Lots from start to finish.

Recorded in Ojai, California at Echo Magic, Parking Lots (Revisited) features expressive double bass by Matt Aronoff, additional keys by Lee Pardini (Dawes) and appearances from her band and the producers of this set, Erin “Syd” Sidney and Daniel Wright. Mixed by Scott Hirsch (Hiss Golden Messenger) and mastered at the legendary Capitol Studios by Ian Sefchick, the five intimate reinterpretations of Parking Lots (Revisited) range from Mia’s first and last singles released from the original album ‘Roll Me Out’ and ‘Meant Something To You Once’, to the gorgeous stripped down piano performance of ‘Choose’ to a rhythmic, bouncing take on ‘Rivers Wide’ with a stop by the Old Bar for a swampy blues exploration of ‘Parking Lots’.