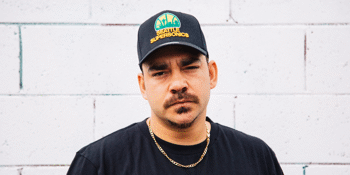 ‘Stranger feat. Kee'ahn’ follows on from a string of impressive singles released over the past year including ‘If It Glitters It’s Gold’, Baker Boy and Sampa The Great collab ‘Better Days’ and ‘Heaven Of My Own feat. Miiesha’, which were all added to high rotation at triple j and won praise from NME Australia, Acclaim Magazine, Pilerats, Music Feeds and Purple Sneakers, among others.

In 2020, Dallas was part of The State of Music’s ‘Introducing’ series where he was dubbed “a great word man and rhymer” by the legendary Archie Roach and performed on ABC’s The Sound. A skilful songwriter, his efforts on Baker Boy single 'Meditjin' were recently awarded second place in the Vanda & Young Global Songwriting Competition and two of his other Baker Boy co-writes ‘Mr La Di Da Di’ and ‘Cool As Hell’ achieved gold certification.

In the three years since he’s been releasing music, Dallas has used his songwriting as a powerful platform to speak about his experiences in life as an Indigenous man, the justice system, racial stereotyping and his own personal struggles. With a no holding back approach to writing, the 26 year old uses wit and wordplay to get his messages out, weaving comments on big issues into rapid-fire rhymes.