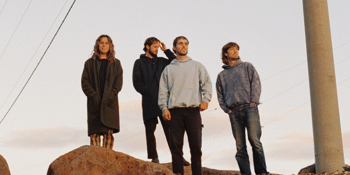 In 2019 their sold out self-released debut 10” vinyl EP ‘Backyard’, containing the single ‘Nullarbor’, gained them an abundance of attention globally. With a reissue of the EP from Spunk Records and release of their debut LP ‘From a View’ the band gained more attention featured everywhere from KEXP (Seattle) to Rough Trade Transmissions (UK).

Recently playing to sell out shows across the nation, from Noosa to Geelong, and a sell out Secret Sound’s Flood Aid show at the Bangalow Town Hall. Floodlights are now in the studio working on their follow up album which we will see the first taste of later this year.